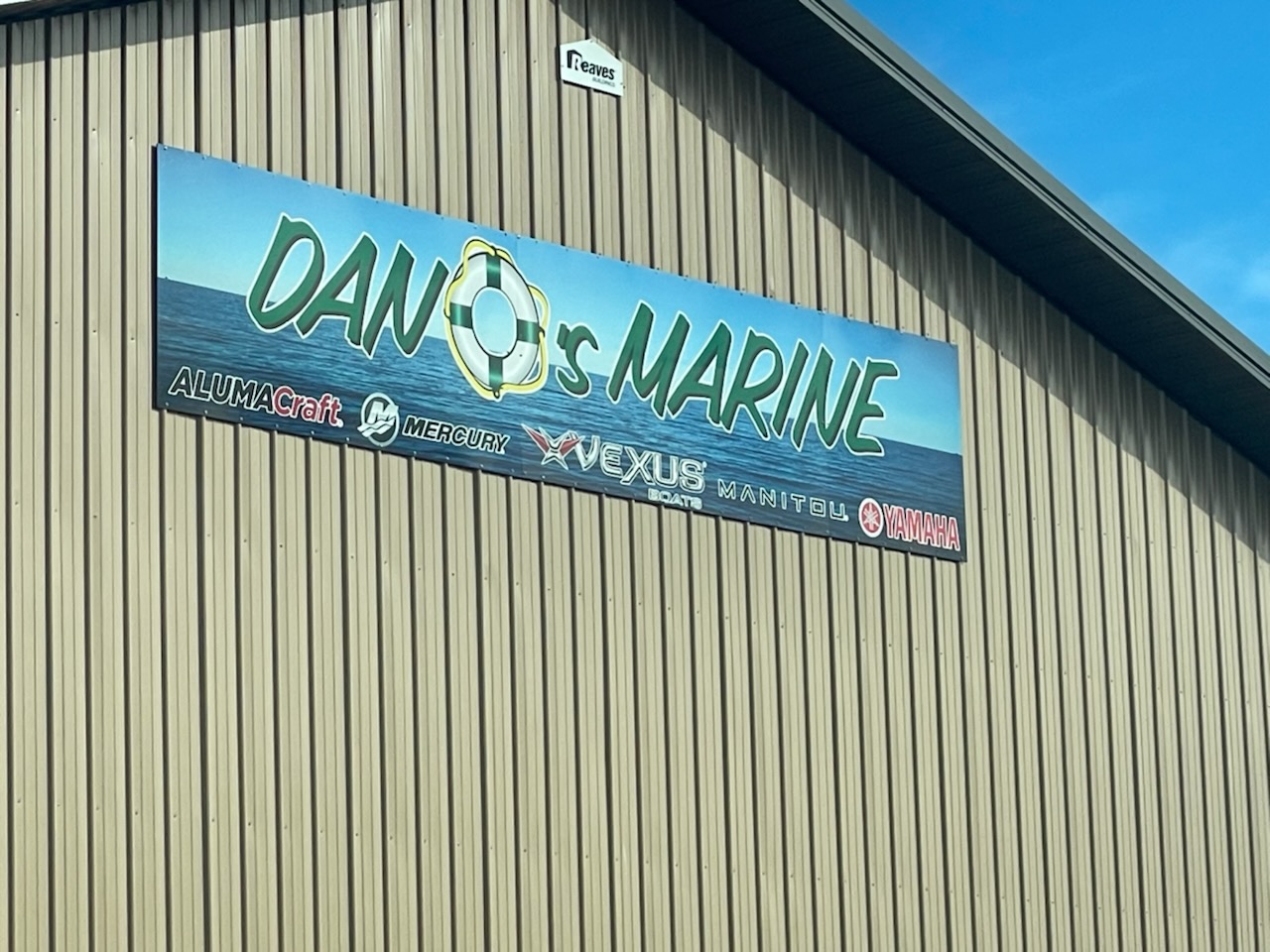 FORT PIERRE, SD – For Dan Poppen, owner of Dan O’s Marine in Watertown and a new store soon to open in Fort Pierre, it is a dream come true. A ribbon cutting will be held Thursday, December 15, at 10:30 a.m. and he plans a grand opening some time in February. The store will be officially open December 15 but orders can be placed now by calling 605-224-6612.

Poppen has been waiting for construction to be completed on his building at 916 North Deadwood in Fort Pierre. A boat lift was installed last week to unload boats, pontoons and trailers from semis. His new store will feature a full line of boats as well as sales and service.

Dan O’s Marine is taking orders now.  He said, “People order year round but like everything else there is a shortage of boats so people need to order early to have boats by early spring or summer.” Poppen has been building an inventory for the Fort Pierre store which is waiting in Watertown and has begun bringing some of those boats to Fort Pierre. Boat brands sold by the store include Vexus, Alumacraft, Manitou Pontoons, Mercury, Yamaha and Minnkota.

Poppen, who has owned and operated several businesses in Pierre and Fort Pierre since 1993, decided to return to the area and specifically to Fort Pierre because of the development happening here.  He had been looking for four or five years and purchased the property for the boat store because of its location along Highway 83 next to Chase Auto & RV. Poppen said, “The two businesses should complement one another. It is also just a short distance to the interstate.”